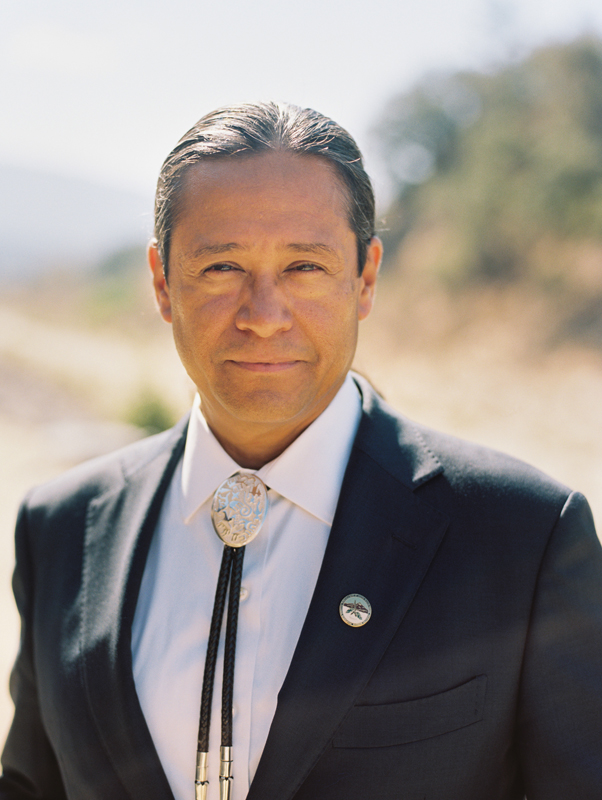 To reach Tribal Chairman, Mark Macarro
Please contact his Executive Assistant, Emily Preston
Email: This email address is being protected from spambots. You need JavaScript enabled to view it.


Mark Macarro, is the duly elected Tribal Chairman of the Pechanga Band of Luiseño Indians in southern California.

Macarro's vision for the Pechanga people is to see the Band strengthen its political self-determination and economic self-sufficiency by developing a diversified economy for the Pechanga Band while maintaining its distinct and unique cultural identity.

Chairman Macarro was first elected to the Pechanga Tribal Council in 1992. Mark has served as the Tribal Chairman since 1995; 2015 marks his 20th consecutive year as Tribal Chairman.

Chairman Macarro believes it is critical to maintain and cultivate the Pechanga tribal culture, language, and traditional life ways so that the Pechanga people can preserve their unique tribal identity. He believes that the best way to accomplish this is to create Luiseño speakers. An outcome of this vision is the Pechanga Chámmakilawish School, the pre-K-5 Reservation tribal elementary school established under Chairman Macarro's tenure. Fully accredited by WASC, the bilingual immersion school instructs children in both English and Luiseño through a multitude of core subjects.

Macarro is a traditional Luiseño singer, singing ceremonial Nukwáanish funeral songs at tribal wakes throughout southern California Indian reservations. He is a practitioner of Cham'téela, the Luiseño native language. He was also an apprentice bird singer to the late Robert Levi, an elder of the Torres-Martinez Reservation; having learned hundreds of Levi's birdsongs.

Macarro served as program manager for the library and museum of the Rincon Reservation from 1992 through 1995, as the director of youth education at Soboba Reservation's Noli School from 1990 through 1992, and began his career in Indian country as a grants/contracts administrator for the Pechanga Reservation in 1988. Macarro also served as a California state credentialed substitute teacher for grades 7-12 in the Riverside County Schools system, the San Jacinto Unified School District, the Colton Joint Unified School District, and Riverside City School District.

Macarro has a Bachelor of Arts degree in Political Science from the University of California, Santa Barbara.

Macarro grew-up in Colton, California. Chairman Macarro's father, the late Leslie Macarro, was a Pechanga tribal member and a correctional peace officer killed in the line of duty in May of 1988 while working for the California Youth Authority. Mark's great-grandfather, Juan Macarro (1851-1920) served as tribal chairman (formerly called captain) for the Pechanga Band during the first decade of the 1900's and was also a Nukwáanish singer.